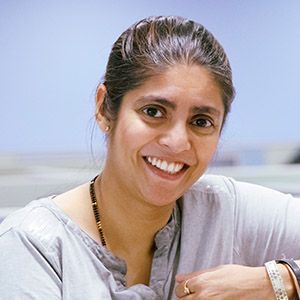 Digital technology has undoubtedly, made deep inroads into banking and finance. However, the speed with which mobile has carved its niche in the industry has had far-reaching effects on fintech. With the goal of increasing business efficiency and profit margins, the rise of mobile-friendly fintech has radically transformed the evolution of financial institutions. As we delve deeper into the astonishing world of digitized financial services, here are the top five trends reshaping the banking and financial services landscape:

Banks are no more the only finance entities

Over the last six months, 40% Americans haven’t found the need to visit a bank for their core banking functions. The increasing presence of online financial services other than traditional banking systems has rendered brick-and-mortar banks nearly irrelevant. Furthermore, the ubiquity of online financial services has endangered digital banking properties as well since new, digitally-native money management entities are born every day. In fact, some of them are more cost-effective than traditional banks, and allow for investing, managing and borrowing far more easily than traditional bank loan management systems.

The advent of blockchain, a digital format of recording transactions, be it financial or any other assets of value, has transformed banking and financial services completely. Blockchain today, has quickly established a reputation of facilitating secure, volume-driven transactions. Furthermore, it has made investments, real estate, and other valuable business proceedings virtually seamless. Understandably, it’s being leveraged on a large scale to overhaul payment processes.

Bitcoin, which arose as a consequence of blockchain and helps power digital currency or cryptocurrency, as it’s more popularly known, has helped the fintech services market grow rapidly. Being self-regulatory due to its high security levels, bitcoin is all set to introduce users to a new age of digital transactions. Of course, this currency’s potential and pitfalls will always remain open to debate till such time that it becomes more commonly used and issued, but it has hit the traditional use of banking to a large extent.

It’s not surprising that fintech has taken over traditional banking organizations by re-imagining customer experiences. Be it depositing your paycheck online, or paying off mortgage in a simpler interface, fintechs, with lesser or no regulatory binding compared to traditional banks, have given millennials exposure to easier funding avenues. Crowd-sourcing funding opportunities, peer-to-peer lending have made the experience of carrying out financial transactions almost as easy as interactions on social media.

The sub-prime lending crisis and the subsequent financial calamity of 2007 taught us that banking institutions, even large ones, can be manipulated despite government regulations and the financial checks and balances in place. With bitcoin and blockchain bringing in ledger security, retail banking applications have been forced to spruce up their security to ensure phishing and fraud is in check for those carrying out online transactions. These technologies have emerged as stabilizing influences, because of the security that they offer, and more so because they eliminate the need for a middleman.