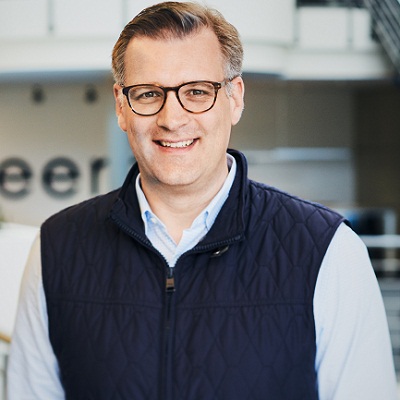 Oliver Muhr, CEO at Seerene explores the shortcomings of backward-looking GAAP KPIs, and ideas for leading indicator metrics that can help reveal how much effort a company is putting into software innovation vs. maintenance, and whether they’re likely to sustain and accelerate that innovation over time

There’s no denying that every company is now a software company, and if it’s not yet, it better become one soon or it’ll find itself obsolete. One aspect of this shift that has gone mostly unnoticed is the challenge of valuing companies in today’s new digital era. The majority of industry watchers (e.g. the Jim Cramers of the world) solely focus on a company’s financial and sales metrics to determine their market value. But that kind of valuation approach is backward-looking and ignores a leading indicator of future business success – the velocity of software innovation.

Even companies with a classic “moat” and sound financials are at risk if they can’t keep pace with the technology of their competitors. However, innovation can’t be measured just by tracking product announcements, so how can an investor, analyst, or shareholder know how well a company is really doing on this front? And how can companies show the outside world how much innovation they’re generating without exposing their so-called “secret sauce”?

Why today’s investment models and accounting principles are broken

As noted by Baruch Lev of New York University’s Stern School of Business and Feng Gu of the University of Buffalo School of Management, corporate earnings numbers have lost their relevance as a driver of share prices in today’s software-driven economy. And since the value derived from a company’s digital capabilities is less predictable than that gained from more traditional capital assets, like factories and machinery, accounting regulators need more relevant KPIs. Many tech companies have benefited from the lack of clarity around how to measure intangible assets, because they’ve been valued on the assumption that huge initial growth will be followed by a conventional long tail of profitability and declining relevance. As the whole economy becomes an information economy, we need less assumptions and more real data about the software behind the scenes.

Measuring innovation is also a challenge when it comes to mergers and acquisitions in all industries. As someone who’s been through my fair share of M&A transactions, it’s pretty apparent to me that most acquirers only do lightweight diligence on an acquiree’s software. M&A teams simply don’t have the tools to quickly perform this analysis, so their standard procedure is a cursory review of a company’s code, staffing, and tech strategy. The thing is, that type of due diligence can only tell you so much. It won’t reveal insights like how productive their developers are, where are their biggest opportunities for improvement, and which software must be fixed or modernized to increase velocity.

Tom Reichert, global leader of digital and analytics at The Boston Consulting Group, told me, “We’re always looking for ways to get an accurate understanding of a company’s software, but that’s nearly impossible from the outside-in. What I really want to know when I’m valuing a business is how fast they’re updating and evolving their technology, whether their software foundations are solid or they’re at risk to get sucked into heavy maintenance work, and if they have what it takes to attract and retain top-performing engineering talent. A company’s financial metrics don’t answer any of those important questions.”

Here’s a case for why it’s time that companies give outsiders a peek at the tech assets under the covers:

If regulators insist on market standard “generally-accepted technology principles” to help analysts better understand things like code quality and efficiency, they will finally have tools to size up the technology DNA of the organizations they research.

Financial analysts whose prediction models prioritize software innovation higher than GAAP results will be the first to uncover the next big software-driven disruptors, as well as old-school businesses that are prime to be disrupted.

Every business wants to be valued with the higher multiples of a company like Facebook, Amazon, Netflix, Google, or Tesla, but that kind of tech reputation is extremely difficult to earn. Executives that recognize this and embrace new ways to demonstrate the value of their software will have an edge in the market. Eventually, the industry will figure out how to evaluate and report on them, and they’ll the see the higher valuations they well deserve. In the next 10 years, I expect we’ll see a shift in the makeup of the NASDAQ 100. Top performers won’t just be those with the best revenue or earnings growth, they’ll be businesses that reported strong software fundamentals.