What Does Facial Recognition Tell HR? 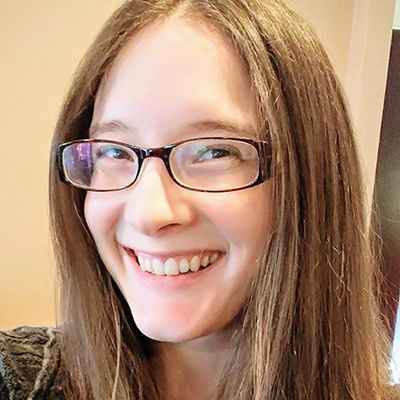 Chelsea Cook, outreach manager and content creator discusses about the silently disruptive storm of facial recognition creeping into first interviews and how it can affect the future of HR

For anyone who’s seen the original Blade Runner movie, facial recognition technology (FRT) has the potential to become that sinister. While pure sci-fi only ten years ago, modern FRT is increasingly applied in the business world. For instance, the details it gleans from applicants are becoming a major boon to global Human Resources (HR). However, some note that FRT as a phenomenon is a violation of privacy, and your face is – quite decidedly – personal data.

In response to FRT, two universities collaborated to develop eyeglasses which ensure your identity remains anonymous under surveillance (Clark Kent, anyone?). The quiet storm of facial recognition creeping into first interviews, however, is unlikely to diminish. Most people remain unaware modern FRT has gone far past the average Facebook user’s ability to tag friends in a post. That’s one simple form of FRT, where technology utilizes biometrics to compare features and identify a subject.

Behind next-level FRT – the kind increasingly employed by HR – sits decades of psychological data gathering and research into human physiology. This type of FRT can categorize expressions, pinpoint broad personality traits, rate honesty and earnestness, hesitation or nervousness, and even tendency to argue. The stock being placed in FRT’s ability to automate a personality evaluation is ever-increasing.

IT and HR drawing closer together
Comparing features against a collated database seems logical and almost benign, notwithstanding potential misapplication by special interests. However, evaluating a single person’s personality, honesty, and other intimate traits is a whole new ball game. A new FRT arena is opening for IT application, as the IoT looms and HR departments adopt its use in business. Even IT outsourcing has a growing HR capacity. The arena is a lucrative one, too. The corporate application of FRT is estimated to increase from a current value of $4 billion to $7.7 billion by 2022, as noted by Norton.

Two main benefits of HR’s adoption of bot psyche evaluations include recruiters casting their nets wider and trusting their technical ability to spot good candidates from a broader selection. Candidates – especially those who relate better to machines than their fellows – might well enter an interview more confidently, as well. Knowing their great attributes will be spotted by an electronic eye can have a beneficial effect, too.

On the flip side, companies run the risk of too narrowly filtering and possibly building a skewed company ethos through dependence on facial recognition technology. Not to mention fantastic candidates can have ‘off’ days or be nervous despite being a good fit; unfortunately, they might be excluded based on a mild case of the jitters.

The creepy side of this type of FRT is most prevalent in its task of determining whether a job candidate is going to “gel” with a company. As important a consideration as this has been for employers, many feel a ghastly edge to being deemed a “poor fit” based on a machine’s data analysis. Failed interviews are always lousy, but there’s something particularly biting about being evaluated – even in part – based on machine data.

The science behind determining personality traits through FRT remains solid, however, backed by decades of research and development in AI and other fields. FRT’s findings hold true, at least for HR in its current application.

Will HR stay human in the face of FRT?
When looking at current, more banal facial recognition or even identification applied by employers, legal opinion often prefers to limit that application. With the EU’s adoption of General Data Protection Regulation, FRT as a whole is on a tightrope between the public and lawmakers’ opinions and its value to commerce and industry.

Facebook and others have already tasted the uncertainty around where FRT fits alongside the fundamental right to privacy. Privacy has been fundamentally altered in the tech era, but as long as people still willingly live life online, the global consensus will likely remain that FRT is more of an aid than a hindrance. So far.

It’s valid to ask if almost anything will remain human, as AI and robotics start to bring Hollywood movies to life in 2019. FRT’s validity in assessing a human being’s attributes cannot be denied, and historical data bears out that fact. Perhaps it’s less a question of how accurate (and potentially obnoxious) FRT is than how it’s applied, and by whom. At this stage, notwithstanding FRT’s remarkable accuracy, it’s still a tool wielded by humans who remain largely in control of employing other humans.

FRT into the (tech) future
The short version is an interviewer’s experience and understanding of their own role, the company ethos, and basic human behavior are all still key determinants of a candidate’s success. FRT is informing that process, but there’s currently no substitute for a skilled HR professional in hiring a company’s personnel. Humans relate while machines evaluate – and that holds for now. Notwithstanding its need to step cautiously into the EU regulatory space, FRT is an efficient business tool now, and history shows us that what profits businesses usually becomes mainstream.

Much like any other tech that finds a wide application, FRT is unlikely to become less skillful with time. As it improves – such as adopting more detailed AI – and begins to intuit candidates’ attributes, things could change drastically. This is the new frontier for FRT. To what extent it will be able to display human interpretation, understanding, and even empathy will determine the extent to which it dominates employment interviews.

The convenience of conducting a remote interview that gleans solid intel via FRT might one day become more than just a neat app. With the persistent growth of the gig economy, it makes sense that all aspects of employment could be achieved remotely. Indeed, the human face might very well disappear from employment interviews in a few decades time.