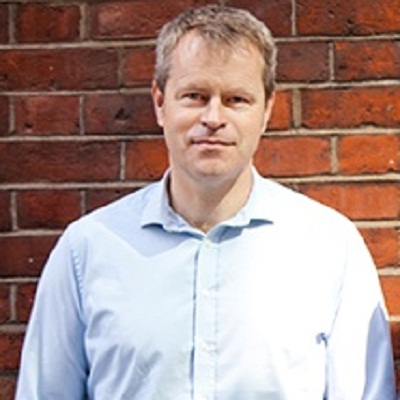 Even as SMEs and large enterprises opt for going digital for many of their routine activities, there’s still some reluctance in evolving past their reliance on paper and opt for e-invoicing with their suppliers, irrespective of size or technical maturity. In this article, Richard Manson, Co-founder and Commercial Director at CloudTrade attempts to fight their misplaced fears by bringing forth some assuring facts

Myths abound around the simple PDF invoice. What is it? What does it do? Many people are not sure whether a PDF invoice is a bona fide invoice, a primary method of payment. Whether they are an e-invoice or something else altogether? It’s a topic that has sparked many debates in accounts payable (AP) departments across the business world, but many people’s views are often misinformed or misunderstood. So, I thought I would attempt to separate the myths from the facts.

Myth: There are both digital and electronic invoices

There’s a difference between electronic and digital. But, this difference has often been misunderstood by many considering an e-invoice solution. Whereas ‘electronic’ is a legal term, ‘digital’ is a manifestation of an electronic invoice. The quote below describes the distinction in relation to ‘signatures’:

This distinction was never made about e-invoices, and this is still the case today. In short: a digital invoice is an e-invoice and vice versa.

Fact: An invoice that is not carried by a paper medium is an electronic invoice

A PDF invoice is not carried by a paper medium, and therefore, it’s an electronic invoice. It’s worth reading the current European e-invoice directive which states the following:

“Electronic invoicing refers to the process of issuing, transmission, and reception of invoices in a structured electronic format, which allows for their automatic and electronic processing.”

Fact: PDF and email are regarded as primary e-invoicing methods

Statistically PDF and e-mail have long been regarded as the primary means for e-invoicing throughout most of the business populations across the world.

Just imagine saying to those companies that the way they are e-invoicing isn’t really e-invoicing. Or, that their method of e-invoicing is in fact a fake version of the real thing? Providing evidence to support this view is likely to be a struggle.

Fact: A PDF is created by a PDF printer

A printer can only generate output if the initial input has an existing structure. A PDF is a visual reference of structured information. Despite its clean, polished appearance, a PDF is built on top of structured data.

Critics of PDF invoicing often argue that PDF invoices are less advanced than data formats such as UBL 2.0. This is a myth. As a PDF document is a representation of structured data, it can therefore, be used to import structured data.

There are many examples of e-invoicing that offer the ability to import / process PDF invoices directly into financial software. (Yes, it requires a few more mouse clicks than straight-through processing, but has anyone calculated the costs for SMEs yet?). There is a distinct lack of cost-effective, high-performance products (especially for SMEs) that can import PDFs directly into the accounting software.

Quite simply, PDF invoicing isn’t getting the recognition it deserves. E-invoicing can get far more technical; however, the simplicity and ease of transition makes PDF invoicing an excellent starting point for companies making the change as part of their digital transformation.

Tips on how to give your suppliers a smooth transition to e-invoicing, avoiding a long and stressful supplier on-boarding process

Supplier on-boarding is often regarded with caution. It’s a time-consuming activity, which can prove costly and exhaustive. However, I believe my team and I have cracked a method of supplier on-boarding that can push an activity, often spanning months, down to a few hours.

The record time for on-boarding using this process is under an hour, 25 minutes to be precise. Measured from the initial request via email (to a supplier we’ve never had contact with before) to the supplier submitting their first, live production invoice.

Here are my top three tips on how to initiate a speedy conversion:

So, time to get your suppliers e-invoicing? Following the tips above will enable you to boast excellent on-boarding rates – typically more than 90%. It may be that your current e-invoicing solution cannot deliver on all the suggestions above, but we strongly recommend you aim to incorporate at least one of the top tips. The advantages of e-invoicing can only be achieved if your suppliers are happy with the process, and we know that the benefits are monumental.